I think of our property tax system as a bit of a prisoner’s dilemma (that is the game theory where two suspects are picked up by the police – if they both refuse to cooperate they walk, if either turns on the other suspect, then other suspect goes to jail, and if they both turn in the other, they both  go to jail).  Applying that to our property tax system, I believe that most property owners want a fair system, but so long as there are loopholes or the perception of unfairness, than they too want that loop hole – the end game of which is a downward spiral in tax revenues.

Personally, I believe in supporting the person who has the right ideas over a party ideology– and former Governor King is just such a person – in the early 1970s he had the state constitution rewritten, in part to deal with the inequities in the property tax system (it was common for your political affiliation to dictate how high or low your property taxes are). So whenever I contemplate changes to the property tax law, I think, what would Gov. King look for that would create a fair equitable system. 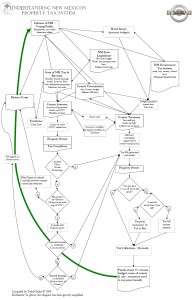 If I grossly simplify that process, there are four places to influence the final tax bill:

So simply said, our tax bill is calculated by taking:

By having the law focus on only property value, it is possible to have no net change on the tax payers final properly tax bill. For example – if we had a law that said every property would double in value (say to reflect true market conditions) in 2010, then net impact on the tax bill would be no net change. (When you double the values, you halve the mill levy). 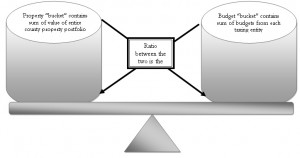 So in dealing with the two issues of tax lightning and fairness, my own personal belief is:

Finally, to have a fully fair and equitable process, any future laws need to model the impact on values based on the current mill levy, % of value, and property value and the outcome needs to be one where we can: 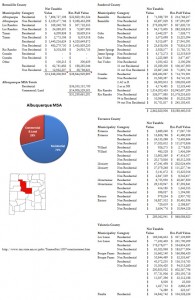