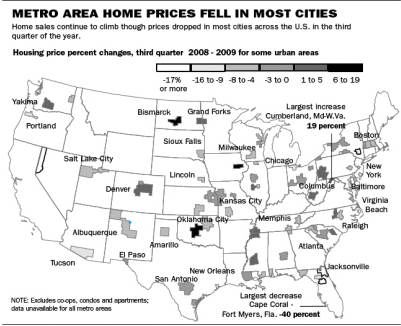 According to a story in today’s Albuquerque Journal, 80% of this country’s cities showed a decrease in home sales prices, but Albuquerque remained on an modest upward trend.

The Greater Albuquerque Association of Realtors has also indicated that the volume of sales has increased by 40% over this time last year.

Its unfortunate that GAAR and NAR don’t do a same house comparison for appreciation/depreciation.