I’d like to thank Jamie Dick for allowing me to reprint this fabulous overview of the current capital markets and their impact on multifamily.

The roller coaster that is the 10-year Treasury has continued to be a wild ride with today’s rate closing at an astounding 2.60%!!!  A quick review of the attached chart will show you exactly what this means…the 10-year Treasury is now at it’s lowest level since these rates started being tracked.  Normally this bodes well for income property owners as normally a drop in this index results in a drop in the cost of long term debt for properties.  However, if you haven’t noticed already, these are not normal times.

Perhaps the best example of this is what’s been happening is at Fannie Mae with it’s apartment lending program.  Fannie Mae has effectively established a “soft floor” on their all-in rates.  As the 10-year Treasury has dropped over the past 3 weeks Fannie Mae has matched each drop in the 10-year with an increase in their spreads…effectively resulting in no drop in the rates they charge for new apartment loans.  Why?  There are many reasons but perhaps the best explanation is because they can!  With the entire life insurance industry closed for new loans through the end of the year (at least) Fannie and Freddie Mac find themselves in a position of no competition.  If you want a loan for an apartment project with a balance over $10,000,000 you really have very few other choices…especially if you want that loan to be non-recourse.

Borrowers/owners should make note of this trend as 2009 is sure to see this dynamic for all office, industrial and retail properties.  Conduit related lending on income property over the last 5 years represented 45-50% of all loan dollars available.  With the secondary market for income property loans shutdown for the foreseeable future borrowers will be faced with a lending environment with fewer choices.  As part of my wider lender survey during the last several weeks my discussions with the 20 life insurance companies we work with found all of them currently not accepting any new loan submissions.  They all are waiting to see what their respective “allocations” will be for 2009 but expect that when they do return to the market spreads will be in the 350-450 range.  With the annual Commercial/Multifamily Finance Conference scheduled for the 1st week of February we will all should have a clear idea what the income property lending environment for 2009 will be by the end of January.  Having said that expect pricing to stay at these levels or higher for at least the first six months of the year with maximum LTV’s at 60-65%.

One of the more interesting trends to monitor for 2009 may be an unusually large number of larger, institutional quality apartment properties coming to the market.  While speaking with the owner of a $12 Billion real estate pension advisor today he mentioned he thought this might be the case with the sellers being pension advisors.  With the drop in the value of pension plans stock portfolios they find themselves with “over allocations” for real estate.  This may result in many pension funds requesting redemptions on their holdings in pension advisor managed funds in order to re-balance their overall investment portfolios.  This pension advisor indicated that in the current (and expected 2009) real estate environment the property type whose value has held up the best is apartments.  This is due to still solid fundamentals (i.e. vacancies) and the availability of debt for potential buyers (Fannie/Freddie/etc.).  Investors who have an interest may want to begin to gather investor capital as some good quality properties may be headed to the market.  A VERY interesting potential aspect of this trend may be these sellers ability to carry-back seller financing to enhance a property’s market attractiveness.  If a seller has this ability look for industrial and office properties to hit the market as well.  Retail looks to be the hardest hit by the current recession going forward.

Lastly expect that the most active life insurance companies next may be the small or medium sized firms.  These LC’s find themselves with far fewer portfolio problems as they typically did not invest in CMBS bonds or compete as aggressively with conduit lenders during the 2006-2007 hyper lending period.  Once again they will take advantage of the lack of competition by demanding more spread for more conservatively underwritten loans.

As Always, if I may help you or your clients with their income property financing needs please give me a call.  I hope you and your family all have a wonderful Holiday Season! 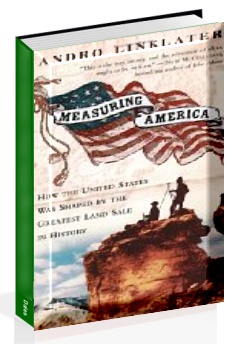 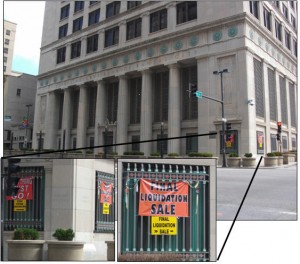 I was recently in Kansas City, driving their downtown when I came across the beautiful Federal Reserve Building.  Imagine my shock when I saw these signs…

Keep in mind, this was just about the time some banks were starting to fail, and that the Federal Reserve chairman was requesting funds for a bailout.