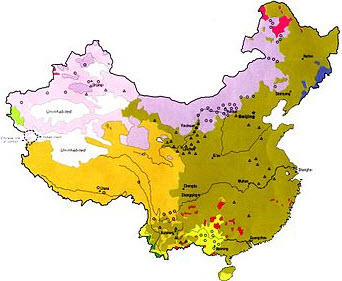 I thought this email chain was a perfect example of being able to take CCIM 102 market analysis knowledge and apply it to global dynamics.

Fellow CCIM instructor Carl Russel wrote me the following email about a video on China he recently saw:

Haven’t we been teaching CCIM 102 in China for a number of years? Maybe they’re not as smart as we thought. If they have so much money, why don’t they invest in the United States….oh, they already are….never mind…Is this a 102 Case Study, or should it have been? Unbelievable video non youtube.

and my response is below:

Carl-
Thanks for sharing – very interesting story – I am adding it to my ongoing list of resource on China Demographics for an article that I have been working on for quite a while now.

The whole idea of this much housing being empty is amazing.

If you have read Greg Lindsay (Skip @ CCIM’s son) book, Aerotropolis, he mentions that there are between 125 to 150 cities in China with a population over a million people compare that with 8 to 20 (depending on if you count “cities” or “MSA’s”) in the United States. Noted author, Greg Lindsay has dubbed many of these “instant cities“.

Many of these cities were created in the last 30 years as China has pulled over 350 million people out of rural poverty into urban jobs.

Since they don’t share their census info, and measuring is often erratic at best, many scholars have spent time trying to do simple things like determine trade areas in China like this report.

I would disagree with the story about the lack of demand for these housing units, since a majority (just under a billion people) of China’s population is still considered rural, and unlike here, needs government approval to move into the large cities. As China continues its precarious balance between keeping the urban population happy with low food prices and the rural population with high food prices (this tight rope act has not prevented tens of thousands of “protests’ this year alone), it will be improving its agricultural efficiency, moving hundreds millions into the cities to pursue industrial (or information) employment, which will provide the income to pay for the housing.

Assuming 3 people per household, 64,000,000 empty apartments would support 192,000,000 people, or about 20% of the current rural population. Looking at it that way, I feel there is a similarity between these empty cities and America’s company towns of a hundred years ago – manufactures like Ford, Cannon, and many others created towns and filled them with their employees.

That said, I know many of us who have visited China on and off over the years have been amazed and appalled at the brutal efficiency central planning.

Lest anyone get their hackles up and try to turn this a political conversation, know that like them or not, the sheer scale of what they have achieved in 30 years is unprecedented in this planet’s history, and as much as we may bemoan lost manufacturing jobs to China, those jobs have pulled hundreds of millions out of severe poverty and their pay scale is rocketing upwards to the point where it is possible that the average Chinese person’s salary could match western European levels.

Finally, I liked the end of the video – watching the agents sell the reporter – it reminded me of GlenGarry / Glen Ross (the ABC’s – always be closing).
Thanks again for sharing!
Todd